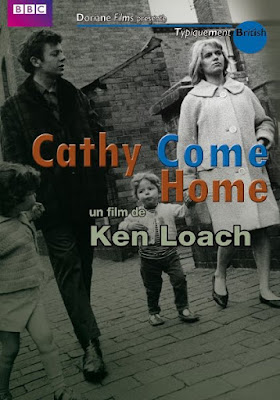 While cinema has often defiantly and daringly participated in civil rights activism – covering diverse political topics, portraying complex social scenarios and asking difficult questions to power – can they really evoke such public uproar as to propel policy discussions and invoke tangible affirmative changes? Cathy Come Home – the landmark British drama that Ken Loach made for BBC Television as part of the anthology series The Wednesday Play, prior to transitioning to the big screen – was amongst that rare exception. Made on the subject of homelessness – and how helpless individuals are blamed for their poverty, misery and breakdown, instead of rightfully shifting responsibility to uncaring social institutions, negligent political structures, callous government officials and self-serving landlords – this gritty film managed to spark public outcry, debates and campaigns, and initiated some semblance of social changes too. Shot in granny, low-key B/W and accompanied by a voiceover contextualizing Britain’s housing crisis, this bleak and harrowing tale – and one that’s bound to make one both sad and angry in equal measures – was hinged around Cathy (Carol White), a working-class girl, whose life devolves from carefree joy to crushing tragedy over the film’s length. It began on a cheerful note when she and Reg (Ray Brooks) get married, have kids and book a flat in London. A vicious cycle of wrenching setbacks, however, is set in motion when Reg loses his job as a lorry driver upon sustaining an injury; as part of her downward spiral she first loses her home and security, then her hopes and dreams, and finally her dignity and sense of being – thus not just being dragged to the very brink of her existence, but pushed off the edges too.