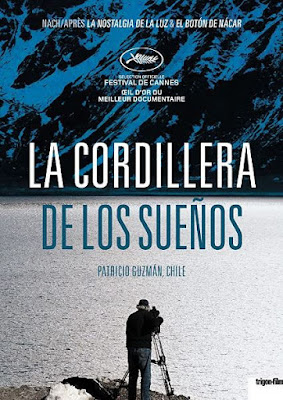 If Nostalgia for the Light and The Pearl Button were exquisitely personal works despite their stirring political contexts, The Cordillera of Dreams – the magnificent final chapter in Guzmán’s masterful and meditative ‘Chile Trilogy’ – was even more so. In this richly layered, reflective, melancholic and eclectic essay film, the geographic metaphor was shifted from the Atacama Desert and the Tierra del Fuego archipelago to the majestic Andes Mountains, which serves as both an imposing natural boundary for Chile and a silent witness to its turbulent political history. With this as the springboard, Guzmán traversed from the grand and the symbolic to the intimate and the topical through individual snippets alternated with broader socioeconomic tableaux. He speaks briefly about himself – he was compelled to flee after the US-backed coup d'état that led to the violent overthrow of Allende’s socialist government and installation of Pinochet’s fascist dictatorship, and has lived in exile ever since – including alusions to his anti-Pinochet resistance through cinema – his The Battle of Chile remains as heroic an achievement as Littín’s Acta General de Chile (the making of which was brilliantly chronicled by Marquez in Clandestine in Chile). And while various other artists added brooding touches, the defiant activism of Pablo Salas – he’s been filming street protests right from Pinochet’s days – was especially fascinating. Through these stories, commentaries and images – capturing massive public dissent, police brutality and the country’s incessant descent into neoliberalism which continues to persist to the extent of privatization of even the Andes to facilitate unregulated copper mining – we’re provided with a complex mosaic of open wounds, unreconciled memories and the ghosts of the past that continues to haunt the present in multifarious ways.