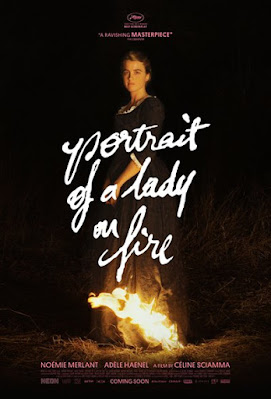 Céline Sciamma’s gorgeously mounted and fabulously evoked film Portrait of a Lady on Fire continued her defiant love for feminist, gender and queer themes; and, in its blazing, passionate and fleeting love story of two individuals either discovering or rediscovering their sexuality in a heteronormative world, it can well be clubbed alongside a few other remarkable, rousing and intensely personal LGBTQ films from the 2010s, viz. Blue is the Warmest Colour, The Handmaiden, Pain and Glory, Call Me by Your Name, etc. And yet, these associations aside, she crafted a work that was uniquely and irresistibly her own – the juxtaposition of “the romance of a poet [vis-à-vis] that of a lover”, in her interpretation of Orpheus; analytic examination of the artistic creation process for portrait painting; stirring display of class and patriarchy in their various forms; and, interestingly, achieving a cinematic inverse in how the lives and identifies of the women are tied to men even if the narrative was strikingly devoid of male characters. Marianne (Noémie Merlant) is a painter – and a rare independent woman in 18th century Europe – who’s been commissioned by a Countess (Valeria Golino) to paint a portrait of her moody daughter Héloïse (Adèle Haenel) which would be used to fix up her wedding with a Milanese nobleman. However, in an interesting challenge, she must do it in secrecy, by observing her unobtrusively. And thus begins, at the starkly beautiful locale of Brittany, an absorbing relationship between them that begins tentatively before bursting into flames. Both Merlant and Haenel gave glorious, emotionally charged turns in the film that was composed with rigour and finesse, and suffused with subversive political overtones beneath the lush drama.