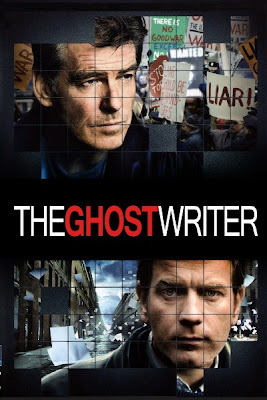 Roman Polanski seems to forever be at the wrong end of everyone's whipping stick. But, fortunately for us cinephiles, he still has the ability to make engaging movies despite the various constraints under which he needs to work these days. The Ghost Writer, adapted from a Robert Harris novel, might not come close to being among his best works, neither is it that political despite being a political thriller; yet, the important thing is, it is a damn interesting and an eminently watchable thriller. Further, it also has something about it that harkens one’s senses to the good old 70’s paranoid political thrillers. A nameless ghostwriter (Ewan McGregor) is given the onerous task of, well, ghostwriting the autobiography of a former British prime-minister (Pierce Brosnan) after the latter’s aide, who had been given this job, died under mysterious circumstances. The matter at hand, however, is complicated by a slew of parallel occurrences – the former PM is being hounded by all for his purported war crimes, the writer keeps stumbling upon one shocking (albeit carefully shrouded) truth after another, he starts getting entangled into a dangerous relationship with the PM’s gorgeous but emotionally vulnerable wife, to name a few. And, like all good-old thrillers, the perfectly chiseled climax boasts of a bombshell of a twist. The movie is elegantly paced, beautifully photographed, and nicely enacted, and the dense plot is filled with a host of nail-biting moments.

I quite enjoyed The Ghost Writer, had good atmosphere, as you said, Polanski was definitely trying to keep up with the times and make it relatable to current political events, which for me made it more interesting than your standard thriller-as Polanski was sort of commenting on politics

I agree it is definitely not among his best works, but it's construction, twists and visual elegance are often arresting.

Thanks man. Yes, Polanski did a nice job in capturing the inherent political content of the plot. Yet, he also ensure that the film doesn't become too political, and instead remain above everything else a mystery thriller. An enjoyable movie indeed.

Thanks a lot Sam. I do agree, it is in no way comparable to the likes of Chinatown & Repulsion. But, that said, it is an engaging movie to say the least.