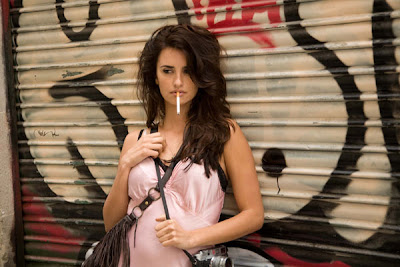 Vicky Cristina Barcelona is not set in New York and it isn’t loaded with quirkiness or neurosis; that said, it has most other archetypes that Woody Allen films are known by, viz. self-loathing intellectuals, love and heartbreak. And though it never managed to even come close to the sheer brilliance of his masterpieces, it nonetheless garnered far more support vis-à-vis his other recent works. The movie is about two art-loving friends (and, unsurprisingly New Yorkers) who have come to spend their summer vacation at Barcelona, the cultural melting point of Spain. Vicky (Rebecca Hall) is a happily engaged girl who ends up having a one-night-stand with Juan Antonio (Javier Bardem), a self-destructive painter. The more extroverted Cristina (Scarlet Johansson), on the other hand, moves in with the charming and erudite artist, only for her blissful life to be disrupted by the arrival of Maria Elena (Penelope Cruz), Juan Antonio’s suicidal and stunning ex-wife. The film is lovingly shot and has a leisurely (even tranquil) feel to its narrative. And Woody, with his eye for detail where portraying a city goes, managed to capture Barcelona with all its glorious details, while also painting with broad strokes the tragedies of heart therein.

Shubhajit, I feel about the same about this one as you do. It's solid Woody but not great Woody. I think Rebecca Hall and Penelope Cruz both give great performances though. Hall has been good in several movies lately like Please Give and The Town and is one of my new-found crushes. Johansson lacks a spark here though.

Thanks Jonny. Yeah, it was pleasing to the eyes, but wasn't great fodder for thought. Rebecca Hall is "one of [your' new-found crushes" you say? How many crushes you tend to have in a year/month? :D

Ha! More than my wife would like to know.

I happen to concur with both you esteemed gentlemen on this one. It's a modest Woodman feature, but nowhere near the masterpiece level that so many of our esteemed and respected blogger colleagues have labeled it with. Cruz is impressive, and setting is employed effectively, but this is largely the NYC neurosis transcribed to the Spanish countryside with little to set it apart from his normal schtick. Again you framed it perfectly!

Thanks Sam. Yes, as I mentioned in the review, this is not a bad film at all - rather far from it. It was fun, breezy and enjoyable. It also had its moments of Allen-esque humour, and Barcelona was lovingly captured. But, unlike his more revered works, it didn't manage to be intellectually stimulating. The characters too failed to resonate with us as some of Allen's best characters have. Consequently it remains a good film without really being memorable.