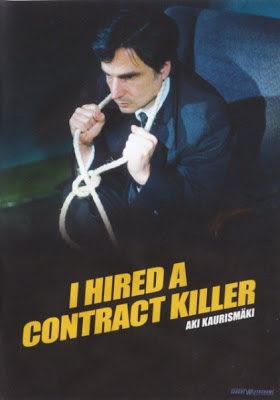 A year after he travelled to US with his gang of outsiders with Leningrad Cowboys Go America, Kaurismaki travelled to the London with I Hired A Contract Killer. Made in the same year as the The Match Factory Girl, the wonderful final chapter in his ‘Proletariat Trilogy’, this droll and darkly comic film provided a wry look into the life of a man who, initially, has nothing to lose, only for it to reverse with ironic consequences. Henri Boulanger (Jean-Pierre Léaud) is a lonely, morose civil servant who leads a drab, mirthless existence. His monochrome life, however, comes crashing down when he suddenly loses his job. He takes the hilarious decision of hiring a killer to bump himself off when his attempts at suicide end in failure. But, ironically, he experiences human companionship, and eventually love, with a flower-girl (Margi Clarke) – possibly for the first time in his life – soon after he does that. And hence, instead of awaiting death, he must now flee for his life – more so because the underground location where he had spent his last penny to hire a contract killer is now a heap of bricks. Meanwhile, a laconic, balding, middle-aged hitman (Kenneth Colley), whose life isn’t any less gloomy, is now hunting him. Aki marvelously blended existential themes and caustic socio-political observations with dry humour and absurdist plot developments, with the character arc of the protagonist highly reminiscent of the superb Shadows in Paradise. French icon Léaud gave a deadpan performance as the oddball protagonist, and was nicely accompanied by tonally apt cinematography and fine, albeit minimally used, music.

You know I haven't seen this one and I think I would like it. I think think Kaurismaki's output from this era is great and this one looks like it won't disappoint. Thanks.

Yes, as I mentioned in the review, its strongly recommended. And since you're already a Kaurismaki aficionado, I've a feeling you'll like it. So give it a try sooner rather than later.