Letter to Jane: An Investigation About A Still [1972] 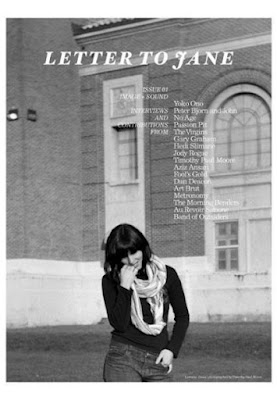 Fellow cinéastes, avant gardists and enfants terribles Godard and Gorin formally concluded their Groupe Dziga Vertov journey with an essay that couldn’t have provided an apter summation of their heady, prolific, short-lived Marxist-Maoist collective. Facile mix of political and poetic, unabashedly confrontational and non-conformist, gleefully infuriating and alienating, packed with sardonic harangue, and profoundly invested in making films politically as delineated by its manifesto, this was a daring period of intriguing, dense, radical and polarizing agitprop experimentation. Most of these attributes were discernible in Letter to Jane, a curious postscript and companion piece to their magnificent previous film Tout Va Bien. Right after the latter’s making, Jane Fond – who’d transitioned into an outspoken civil rights, feminist and anti-war activist during this time, which, coupled with her stardom, made her a complex, fascinating individual – travelled to North Vietnam and earned herself the moniker of “Hanoi Jane”. A B/W photograph – shot by Joseph Kraft and published in L’Express – of her interacting on the foreground with a Vietcong man, where she towers over him (accentuated by the low-angle) and his face is largely hidden as the camera’s focused steadfastly on her, with another Vietcong man grainy in the background, formed the film’s singular topic. Made in the form of a long, rambling lecture, this was a meditation, examination, investigation and deconstruction of this single photo with the two filmmakers alternately speaking offscreen in their lilting, accented English. The near obsessive work – in equal measures analytic, impudent, caustic, argumentative, verbose and even exasperating – was accompanied with cinematic detours from silent films to talkies, using movie stills to draw analogies, including one from The Grapes of Wrath featuring the actress’ renowned father Henry Fonda.