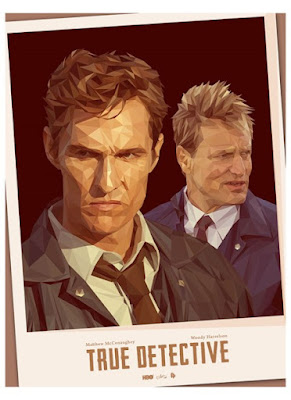 True Detective has been an arresting TV series in the way each season was akin to self-contained miniseries, while the overall HBO series – created by former literature professor Nic Pizzolatto – was connected by genre/sub-genre (crime drama, police procedural), complex narrative structure (labyrinthine, multi-linear plotting), tonal palette (downbeat, moody, atmospheric, brutal, slow-burn) and themes (institutional corruption, abuse of power, perpetuation of violence, the need to subvert the system for solving crimes). The series begun on a brooding, electric note with the first season – fabulously led by Woody Harrelson as a sincere, philandering detective with Louisiana State PD and Matthew McConaughey as his disturbed, brilliant partner – which involved gruesome, religious cult homicides chronicled along two parallel strands 17 years apart. The grimy but tad bloated second season – with a cast comprising of Colin Farrell as a self-destructive cop with a murky past; Rachel McAdams as a promiscuous, self-hating detective; Vince Vaughn as a mobster trying to go legit – felt closer to a gangster film despite the elements of murder and mystery, and end on a fatalistic note. And the beautifully paced, ambitiously delineated third season, which arguably remains the best of the lot despite the relatively lower viewership – with a superb performance by Mahershala Ali as a tenacious, conflicted Arkansas State PD detective; ably supported by Stephen Dorff as his loner partner and Carmen Ejogo as the former’s wife who becomes a narrative fiction writer with a voice of her own – dealt with a gruesome investigation into two missing kids that audaciously unravels over three timelines across 35 years. From the first season’s stunning opening credits till the third’s deftly underplayed finale, this series definitely deserves the plaudits it has garnered.