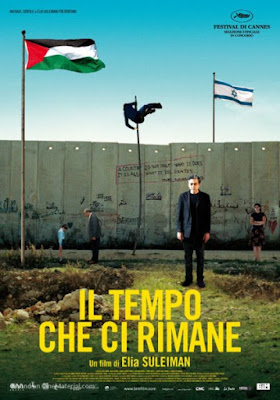 Palestinian auteur Elia Suleiman reached the apotheosis of his craft, voice, persona and formal bravado with his masterful third film The Time That Remains. Its deeply personal stories, with an ambitious historical tapestry as its backdrop, reminded me of Amoz Oz’ unforgettable memoir A Tale of Love and Darkness; its lively, ribald, irreverent, impressionistic evocations had glorious Felliniesque splashes from Amarcord; and these, along with its lacerating political satire, absurdist ironies, deadpan comic tableaux, existential melancholy, minimalist rigour, fierce dissent and heartbreaking reminiscences made it an enthralling work. Distilled from his father’s diaries, mother’s letters and his own memories, Suleiman structured the narrative arc along four timeframes spread across over half a century. It begins in 1948 with the fall of Palestine, leading to exodus, resignations, and ultimately arrest and torture of the resistance, including the dissident Fuad Suleiman. The setting then shifts to the 60s with Fuad leading a mundane life with his wife and 10-year old son Elia amidst neuroses, disillusionment and cultural impositions. The following segment finds Elia as a youth who must escape for subversive involvements while also grappling with his father’s mortality. And finally, in the present, he’s a lonely man who’s returned home from exile, silently observes his aged mother, reconnects with lost friends and witnesses the latest Infitada and stirring uprisings. The pointed political subversions aside, it was filled with hilarious, indelible moments – the Israeli military asking the same questions to Fuad everytime he’s out fishing; an eccentric, suicidal man sharing bawdy ideas for bringing down Israeli occupation; a young Elia reproached by the principal for calling the USA colonialist and imperialist; a tank’s gun barrel following a disinterested Palestinian guy; etc.