Chronicle of a Disappearance [1996] 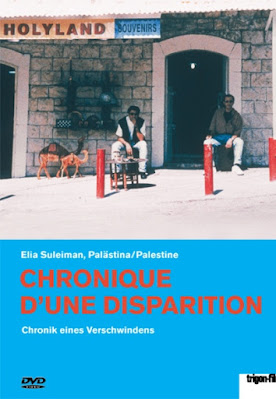 Elia Suleiman’s experimental debut feature Chronicle of a Disappearance – made 2 years after moving back to Palestine after a decade long exile in New York – operated somewhere between fantasy and reality, absurd and mundane, memory and impressions, autobiography and meditations. Through a mosaic of short, fragmentary vignettes – hilarious, zany, wry, mordant, ironic, deadpan, weary and surrealistic – he crafted an intriguing portrayal of life in Israel occupied Palestine, and the ensuing police state, with its motly hues covering alienation, iniquity, inanities and ennui. The film’s absurdist, existentialist and kaleidoscopic form presaged the similar form that Swedish filmmaker Roy Andersson adopted in his extraordinary Songs from the Second Floor onward; however, unlike Andersson’s works, Suleiman often opts for repetitions – foregrounding the bleak political scenario in Palestine which has fallen off the maps for the indifferent world around – along with the director’s own presence reminding one of Keaton and Tati with his bulging eyes, impassive demeanour and laconic observations. Roughly broken into two halves – viz. “Nazareth: A Personal Diary” and “Jerusalem: A Political Diary” –, accompanied by catchy tunes, and made on a shoe-string budget, the episodes established Suleiman’s fascinating ability to mesh seriousness with levity – a shop selling imitation holy water for glib tourists; four old men perpetually fishing; a man continually recounting a rather drab experience as something unforgettable; a Palestinian woman apartment-hunting in futility despite her fluency in Hebrew; she later taking Israeli cops on a wild goose chase using a wireless transmitter; pompous military men taking pompous military leak; folks trying their hands in trying to defeat an old man in arm-wrestling; Suleiman, invited for a guest lecture, unable to utter a syllable courtesy an impertinent microphone, etc.