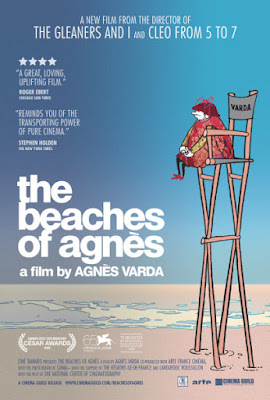 Varda’s long, fascinating and richly lived life was filled with beguiling layers and contradictions; defiant and radical in her themes, and yet disarming and understated in her form; dabbling in a dizzying variety of genres and styles; constantly reinventing herself; and regularly blurring the lines – in all her creative pursuits, ranging from photography to cinema to installation art – between her artistic voice, political beliefs and personal space. As she approached her 80th birthday, she captured these diverse facets, endeavours, associations, episodes and moments from her life in her warm, witty, self-effacing, irreverent and enchanting ciné-memoir The Beaches of Agnès. Thus, over the course of this essay, she recounts her transition into cinema, the films she made thereafter – features and shorts, narrative fiction and documentaries – in France and beyond, and various memorable anecdotes from their making. Along with her vocational involvements, she speaks about the important people from her life, especially her dear husband Jacques Demy who, she finally reveals, had actually died of AIDS. And finally, she also shares many of her intimate experiences – growing up during the war, emigration from Belgium to France, etc. – as well as her stirring life-long associations with left-wing politics and feminism. She covered this massive temporal and thematic arc with an infectious mix of impish humour, whimsical reflections, and quirky set-pieces that made her stories even more personal, subjective and delectably oddball, while also underscoring the melancholy on account of having lost people she loved and nearing the end of her own. Interestingly, she’d tentatively planned this to be her final film, but ended up making three more – an ambitious 5-part tele-film and 2 more wonderful docus – before her demise 11 years later.