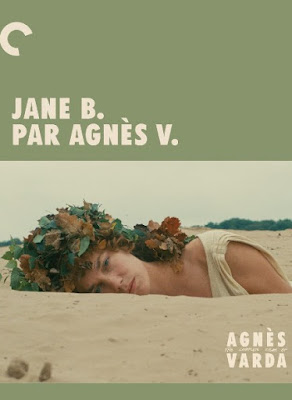 Biopics are a dime a dozen; however, rarely there’re those that boldly eschew conventional narrative norms while providing form-bending portraiture that’re essentially the director’s own subjective, variegated impressions. Jane B. par Agnès V. – Varda’s experimental, kaleidoscopic, mock-serious and impish depiction of British actress, singer and model Jane Birkin – most decidedly belonged to the latter bucket, alongside the likes of Parajanov’s The Colour of Pomegranates, Herzog’s Fitzcarraldo, Haynes’ I’m Not There, Larraín’s Neruda, etc.; or for that matter, such audacious and ferocious semi-fictionalized biographies as Márquez’s The Autumn of the Patriarch, Llosa’s The Feast of the Goat, etc. Varda composed this episodic film along two parallel, criss-crossing lines. In the primary strand, the two ladies engage in freewheeling conversations and even banter; Varda teases Birkin about her celebrityhood and public/private persona; and Birkin in turn reflects on her life, love, career and vulnerabilities, and even bares herself to Varda’s slow-gaze. And these were constantly interjected with whimsical vignettes – Birkin posing as Goya’s La Maja Vestida and La Maja Desnuda diptych; becoming part of a Titian painting; teaming up with Varda as Laurel and Hardy; participating in an oddball skit with Jean-Pierre Léaud; impersonating a Western lone-ranger and flamenco dancer, playing Joan of Arc, etc. And they concluded their free-spirited tango with a discussion on Kung-Fu Master! – a marvelous companion piece to this irreverent collage – which was borne out of a short story by Birkin. The film’s fantastical sections were uneven and even outlandish at times, but what emerged was a lively, mercurial work which also curiously revealed – like an inverted image – a wry, engaging peek into the director too, and thus making her as important a protagonist as her subject.