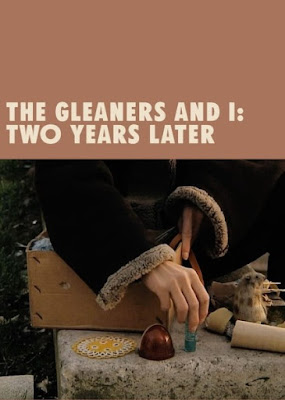 The Gleaners and I – Agnès Varda’s disarmingly radical, anti-consumerist, irreverent, esoteric and playfully ruminative essay film – wasn’t just an exhilarating achievement laced with dissidence, empathy and profundity, it also garnered the kind of pop-cultural stardom that she’d never encountered before. Hence, overwhelmed by all the love, affection and plaudits, she decided to revisit the docu – more as an afterword than a sequel – to reconnect with some of those she’d filmed earlier, and to meet a few new folks too. Imbued with her customary warmth and self-effacing humour, this is bound to appeal to those who’d loved the earlier masterwork. The deluge of fan mails formed the starting point as she meets a couple whose quirky doodles enchanted her. And then, armed with her camera and indefatigable enthusiasm, she tracked down some of her earlier subjects – who were either compelled to live their lives by foraging discarded produce, food and objects, or did so out of non-conformist, conscientious choices – in order to find out how they’re doing now. Thus she reconnects with Alain, who’s become a local celeb but is still resolutely an urban gleaner and is even fit enough to run the marathon, albeit in thrown away Nikes; the tragically wasted, abandoned and alcoholic couple who’re, fortunately, seeing relatively better days; the farm-workers who’d introduced her to the now iconic heart-shaped potatoes; etc. Conversely, and unfortunately, she finds that François was forced into institutionalization by his neighbours for refusing to lead a standard consumerist existence, by living on trashed food instead; and that the patriarch of a group of aged, warmhearted urban squatters is no more and their existences continue to be as harsh and marginalized as ever.