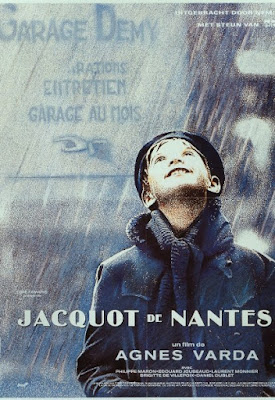 One way to attain immortality, as Godard quipped, is by not dying; but then, there are other more practical ways too. If Jacques Demy earned his share of immortality through his buoyant creations, Agnès Varda too wonderfully played her part in that through Jacquot de Nantes – her tender, affectionate, heartwarming love letter to her fellow New Waver, her companion and the love of her life. That Demy had wanted to make a memoir on his childhood days and how he was immersed into the magic of cinema, but Varda did it on his behalf instead by referring his autobiographical notes as he was too ill by then to make it himself – it released a year after his untimely death due to HIV/AIDS – added poignant layers to this lilting homage, sepia-toned portrait of an artist falling in love with his future craft, finding his voice as an artist, and hence in turn celebration of cinema itself. In an evocation of her formal idiosyncrasy, she composed it along three parallel narrative elements – viz. nostalgia-laden fiction, reflexive references and documentary footage. The biopic, which formed the film’s dominant thread and shot mostly in washed-out B/W, portrayed Demy’s days of growing up in Nantes, his war-time experiences, his close-knit relationship with his parents, his passion for the medium, and the elaborate studio that he set-up at his childhood home where much of the film was shot. And the above dramatizations were astutely interspersed with hand-picked sequences from his films – Lola, Bay of Angels, The Umbrellas of Cherbourg, The Young Girls of Rochefort, Une Chambre en Ville, etc. – and touching reflections by a now old but still dreamy Demy filmed shortly before his death.