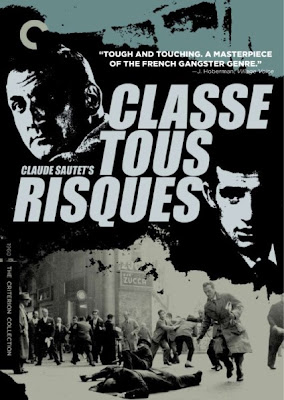 Claude Sautet, who is renowned for his layered portrayals of the Parisian bourgeoisie, earned his international breakthrough with his sophomore film, The Big Risk. A taut, incredibly fatalistic and deeply existentialistic neo-noir, it might seem distinctly atypical vis-à-vis his filmography in general, given that low-end gangsters formed his protagonists here; but, his touch was evident from how friendship, regrets and melancholia pervaded it. Abel Davos (Lino Ventura), a career criminal, loses everything he holds dear, viz. his wife, his best friend and the fleeting hope for a normal life, while on the lam from the police. Stranded with hardly any money, no shelter and two kids in Nice, his last chance for survival are his former gang members in Paris who owe him big time. However, as it turns out, Riton (Michel Ardan), who is now a restaurateur, and Fargier (Michèle Méritz), now a wealthy hotelier, are non-committal at best. He is instead helped, ironically, by a person he didn’t even know before. Eric Stark (Jean-Paul Belmondo), a loner and a small-time thug, doesn’t just take the arduous job of driving him back to the city, he also becomes his sole source of help, without ever wanting favours, till the day he meets his comeuppance, and this unlikely friendship between these two tragic outsiders made this all the more memorable. The excellent B/W photography and the subtly affecting score wonderfully complemented this tough yet touching film where everything from betrayal to revenge plays key roles. Ventura was superb as the implacable anti-hero at the end of his rope while Belmondo was charming as his affable accomplice; the supporting cast, too, did a very good job.

Glad you liked it. It seems that the film doesn't get the credit it deserves precisely because Sautet never became a genre specialist. It may lack auteur appeal but Ventura and Belmondo make it a definitive French crime film.

Speaking of 'existential' well here we have another that accurately falls within that categorization. I had forgotten Sautet directed this, but agree it's an important work that features great performances and as you note a very effective score. Excellent work here!

Yeah, this was a really good film. True, Sautet never became a genre specialist, but given his stylistic & thematic preferences, I'd say he was an auteur. But yes, this film sure broke the pattern, albeit before that pattern developed in the first place. I particularly loved Ventura's performance. That guy sure managed to portray inner vulnerability & loneliness despite a stoic exterior.

Thanks. Yeah, on hindsight, this was quite an un-Sautet kind of film, despite some of the thematic & tonal elements that would get carried forward in his subsequent films