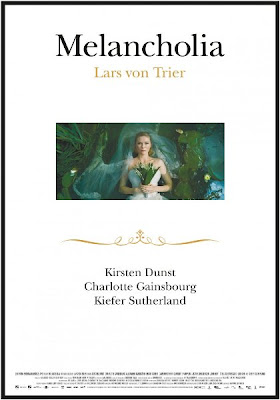 Danish provocateur par excellence Lars von Trier loves deconstructing popular genres, and then having a wry chuckle at the expense of his audience. Who can forget what he did with the much-loved ‘musical’ genre with Dancer in the Dark. He set his eyes on science-fiction this time around, and has come with Melancholia which, like all his movies, has split the audience right down the middle, despite, quite interestingly, being among his least controversial works. This poignant, downbeat, wonderfully enacted and beautifully composed film is a superb meditation on mental illness and apocalypse. The two principal characters are a pair of sisters – Justine (Kirsten Dunst), who’s suffering from clinical depression, and Clair (Charlotte Gainsbourg), a seemingly stable person who’s essentially a patient of hyper-anxiety. The movie has been divided into two parts – while the first deals with a grandiose get-together arranged by Clair and his millionaire husband John (Kiefer Sutherland) in order to celebrate Justine’s marriage, the second deals with the effect that a fast approaching planet has on the two sisters and their relationships, both with each other and with John who is an amateur astronomy enthusiast. Like his previous film Antichrist, this too opens with a superb opening sequence wherein a series of hyperstylized montages, shot in slow-motion, tell us how the movie ends – viz. in the form of a glorious inter-planetary collision, thus ensuring that the sci-fi aspect is used as nothing more than a plot device to accentuate the profoundly human story rather than having suspense and thrills play any roles whatsoever in driving it forward. Look out for noteworthy cameos by John Hurt and Charlotte Rampling as the sisters’ dysfunctional parents, and Stellan Skarsgard as Justine’s malicious boss.

Shubhajit,
I just watched this movie tonight. Overall the film is very potent. I do think the second half is more successful than the first half. One thing that came to mind was that the second half reminded me of Twilight Zone episodes, a glorified version of course, but it reminded me of this because of the way it focused on individuals rather than the large masses and the fact it retained a claustrophic atmosphere. I still prefer several other Von Trier films ahead of this one, but it's still memorable.

Well, I liked both the halves, though for different reasons. I haven't watched Twilight Zone, so I wouldn't be able to comment on that. But yes, I agree with you on that the movie did focus on individuals, and the result, in my opinion, is terrific. Without going into comparisons, this places alongside the various von Trier movies I've liked/loved (Breaking the Waves, Dancer in the Dark, Dogville, etc.). Thanks Jon for stopping by.

I must say that the posting of this review at CINEMASCOPE today marks a major coincidence, as our own Jim Clark has also published his own favorable essay on the film at WitD, a review that has ignited an impassioned pro and con comment section. I just minutes ago linked your tremendous capsule here to a comment I made on the WitD thread.

Anyway, existential dread has rarely if ever resulted in such a ravishing and transportive experience as in MELANCHOLIA, a film that showcases ethereal beauty and the sensibilities of Bergman, Strindberg and the Scandinavian world view, and never has any piece of classical music resonated so rapturously than the use of Wagner's 'Tristan und Isole.' You are dead-on to mention that the opening of ANTICHRIST is magnificent as well, though all in all this film is the stronger one, in fact one of my favorites of 2011. Dunst and Gainsbourg are superlative, and I commend John for his terrific TWILIGHT ZONE reference point. How true.

Thanks a lot Sam the appreciation as well as for sharing your enthusiasm for this movie.

Yes, movie certainly has something transportive about it - the dour and depressing theme juxtaposed with such rapturous composition. And yes, there's something inherently Scandinavian about the movie in its leisurely pacing, ambiguous tone and the richness of its philosophical content. What a deeply felt meditation this is from von Trier (though, coming from him, I wouldn't call that as unexpected), and with the dooms-day thrown in, he managed to for the jugular as well in terms of playfully deconstructing the popular genre.

Oh, great to know that Melancholia has sparked a debate at WitD. As with nearly all his movies, this too has managed to divide the audience into two distinct halves, though I had the feeling that this would not provoke such strong/extreme reactions as some of his other films have. Thanks also for linking my review at the comments section there. And I'm right now heading for the article on this movie by Jim Clark at WitD.