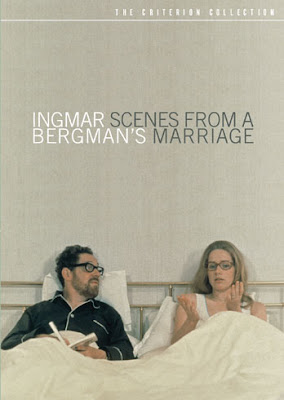 Originally intended as a 5-hour long TV miniseries, Bergman later cut Scenes from a Marriage to a more manageable feature length for theatrical release. The film begins with Johan (Erland Josephson) and Marianne (Liv Ullman), an upwardly mobile couple and seemingly in a wonderful long-standing marriage, getting to know over dinner that the relationship of two of their close friends have grown severely sour and are on the verge of divorce. Eventually Johan informs the strikingly beautiful but emotionally distant Marianne that he is leaving her for another woman. The film goes on to capture their on-and-off sojourn over the next few years. This remains a searing, intimate, layered and emotionally draining portrayal of the breakdown of their complex love-hate relationship, and the heavy toll it ends up taking on the two individuals. The movie, though verbose in nature and despite its discomfiting premise, managed to keep me engaged thanks in huge parts to the great script, tight editing, and of course, outstanding performances by the two leads. Josephson and Ullman are present in nearly every frame of the film, and they managed to captivate me in every single of them. Even Bibi Andersson and Jan Malmjo pitched in with blistering turns in their cameo as the warring couple. This uncompromising and disturbing examination of marital fallout remains one of the best works of the Swedish master, and formed the basis for Husbands and Wives, which in turn was one of Woody Allen’s best works.

Shubhajit, this is one of my favorite Bergman films. I actually prefer the longer version, as it's just more time with the actors who are brilliant. Love Liv Ullman- one of my all time favorites. It's such an intense and demanding film though. When I watched the 5 hour one, I broke it up into at least 3 parts over three nights. It's really hard for me to pick a top 5 list for Bergman, but this would be in it, for sure, with Persona, and Fanny and Alexander. After that, I could go with The Silence, Through a Glass Darkly, Wild Strawberries, Smiles of a Summer Night, Sawdust and Tinsel, Shame, Cries and Whispers, The Virgin Spring, The Seventh Seal etc. in any particular order on any given day. There's so much brilliance it's almost overwealming.

Thanks Jonny for sharing your love for this film which, as you agreed, undoubtedly ranks among Bergman's best works. I too would some day like to watch the longer version for essentially the same reasons you've mentioned for liking it more. Yes, its an intensely demanding film for the actors, and they sure pulled it off gloriously. There are some in the list of Bergman films that you mentioned which I haven't watched yet, but would surely watch sooner or later. In fact I've been procrastinating in watching Silence for the last few days. As of now, the plan is to watch it tomorrow, and thus complete the "Faith trilogy".