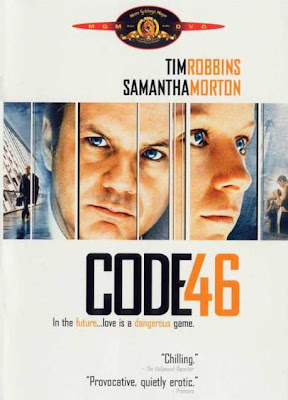 Set sometime in the not so distant future, Code 46 tells the cautionary tale of a highly regulated world where every action is closely monitored by the State, especially with respect to who one can or cannot marry. A married American man, who has come to a futuristic Shanghai to investigate a possible counterfeit racket in an organization, ends up getting romantically involved with a mysterious female employee working for it, oblivious of the fact that by doing so he might be violating “Code 46”, a law considered sacrilegious by the powers that be. The film has been expertly shot – the set-pieces, lightings and shades used managed to the its moodiness, and also accentuate the themes of loss, memory and urban alienation. Tim Robbins too, as always, has done a noteworthy job as an actor. Unfortunately, the director didn’t pay as much attention in developing the characters and building the narrative as he did on the atmosphere. Consequently, though the sleekness and the visuals were good to look at, the film felt dehumanized and hollow, and thus failed to involve me, leave alone captivate me. In fact, I would go so far as saying that I found the movie a bit boring even. The two lead actors, too, were highly lacking insofar as a plausible chemistry between the characters goes.

Code 46 just washed over me,I saw the film on youtube a year or so ago. I'd agree the atmosphere was stronger than the narrative, I don't remember much.
I thought this indie would be better, but I guess its obscure for a reason ( :

Yeah, that was essentially the problem with the movie, in my opinion. And well, one reason for it choosing to be obscure might be that the director wanted it to appear artsy, though it ended up appearing a tad pretentious.