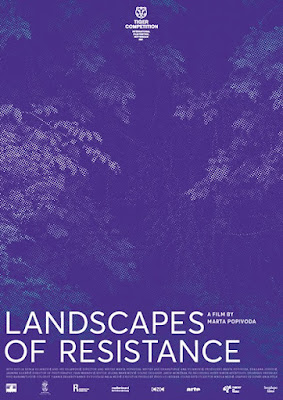 There’s no single way to tap into individual or collective memories while remembering the past, and this was eloquently manifested through two 2021 documentaries – both foregrounded on chapters from Nazi occupations – viz. Sergei Loznitsa’s Babi Yar. Context and Marta Popivoda’s Landscapes of Resistance. While the former powerfully chronicled an episode – that of a gruesome genocide – through archival footage sans spoken words, the latter focussed on an individual’s resistance against tyranny, occupation and fascism through words and landscapes. Delicately composed as lyrical ode to Sonja Vujanović – former Yugoslav partisan, defiant anti-fascist, enduring Communist, and Holocaust survivor – we hear, in her gently lilting words, about her introduction to progressive literature during student days, her marriage to a Communist guy tragically ruptured by war, her daring participation in acts of resistance, her torture by Gestapo, and her time at Auschwitz. Her story was accompanied by striking dissolves between vibrantly shot landscapes – alternatively tranquil and dreary – covering the places in her journey, alongside warm images shot in the interiors of her home in company of her present husband and cat; and these, in turn, were juxtaposed with reflections on the ugly proliferation of neo-fascism. The political and the personal were intricately interlaced through the presence of Sonja’s granddaughter Ana Vujanović, who’s Popivoda’s partner and the film’s co-writer; Ana’s drawings, personal diaries, and active involvements with Popivoda in current day protest and solidarity movements by the left, therefore, underscored the continued relevance of resistance. The intimate essay began with a melancholic lamentation on the loss of freedom due to the advent of fascism and ended with a rousing antifa song which served as a battle cry by partisans who refuse to go down silently.