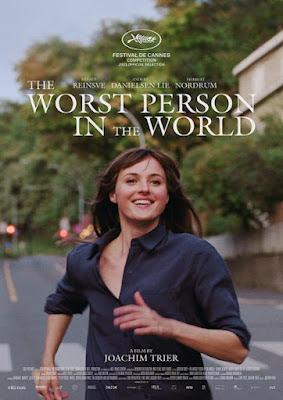 It takes some gall and verve to take genres as fraught with clichéd trappings as rom-com and coming-of-age, and create something fresh, effervescent, quirky and infectious out of it… and well, also getting away with a title as melodramatic as The Worst Person in the World. Norwegian filmmaker Joachim Trier, in turn, also concocted a funny, delectable portrayal of Gen-Z, with their confusions, dilemmas, frivolities and minuscule attention spans. Narrated like a novella, it chronicled a few years in the life of Julie (Renate Reinsve), a smart, beautiful, sassy, idiosyncratic and carefree young woman in a perennial existential crisis, who keeps jumping from one choice to another hoping that the route to her desired destination is just round the corner. The narrative established this indecision at the outset, as she switches from medicine to psychology in a moment of epiphany, and thereafter to photography. And this further manifests in her relationships – she jumps into an immersive affair with Aksel (Anders Danielsen Lie), who’s significantly older to her and creator of a provocative comic strip; and then, when things couldn’t look more stable, she dramatically falls for a married guy (Herbert Nordrum) who, like her, is still living a directionless life. Reinsve was superb as the film’s lively, impetuous and vivacious heroine, as was Danielsen; and, its central strand was strung together through a series of zany, ingenious asides – a bravura sequence where time in Oslo stands still; a night of seductive blind flirtations, and a couple of brilliant #MeToo evocations – one where Julie writes a libidinous essay, and another where Aksel gets attacked by a couple of feminists in a TV debate for the aggressive sexuality in his comics.