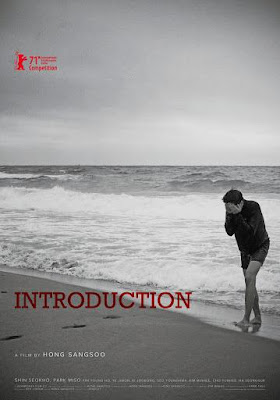 Hong Sang-soo’s wistful, seriocomic and episodic film Introduction was a typically droll evocation of quotidian quirks, wry encounters and confused aimlessness of existence. This summation, of course, can be easily applied to most of his filmography. That it was also a minimalist low-budget work, ephemeral in its plotting, understated, irredeemably voluble, populated with his regular actors, and made in low-key B/W – facets that might liken it to a straight-faced student film for those not sufficiently into the indefatigable Korean auteur’s oeuvre – further placed it in HSS’ eminently identifiable cinematic universe. And, as its title enigmatically alluded to, it played out as a series of uneasy, off-kilter introductions of placid youngsters to reluctant parental figures, and of nonplussed neophytes to imposed ideas and weary veterans. That said – despite the structural interconnectedness, moments of poignancy and one of the most hilarious drunken interludes in all of his filmography – it was otherwise a relatively lighter fare that lacked the formal bravura and breezy brilliance of his finest gems. The sketchily drawn characters within the short, curiously overlapping vignettes – that began in media res and ended inconclusively – included a young guy called Youngho (Shin Seokho) who impulsively dabbled in acting, his placid girlfriend Juwon (Park Miso) who’s joined a course in fashion in Berlin, Youngho’s acupuncturist father suffering from spiritual crisis, the latter’s middle-aged receptionist who Youngho had a crush on, a famous theatre actor (Ki Joo-bong) who Youngho’s mom is dating, Juwon’s protective mother (Seo Young-hwa), the latter’s friend who’s a famous artist (Kim Min-hee), and Youngho’s doting friend. Among its various episodes, the most memorable one involved a hilarious diatribe on the vocative sanctity of acting, over copious rounds of soju.