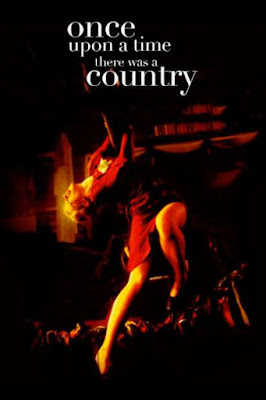 Kusturica’s riotously allegorical, unhinged, extravagant, sweeping, farcical, bitingly satirical and darkly ironic retelling of contemporary history of Yugoslavia – a country that, as the title so poignantly makes it clear, doesn’t exist anymore – was 5 ½ hours of dazzling anarchy, exhilarating madness, subversive exuberance and trippy fever dream like few others. This grandiose work, interestingly, had two versions – the 3 ½ hour theatrical cut, released as Underground, which won Kusturica his 2nd Palm d’Or, and this expansive long-cut that was shown on Serbian television; while the former was a fabulous achievement in itself, the filmmaker’s epic, delirious and incendiary vision arguably realized its full potential in the broader miniseries canvas. Set over half a century from 1941 till around 1992, it covered three crucial chapters in the country’s turbulent past – the Nazi occupation during the WW2, the Tito years during the Cold War era, and the devastating Yugoslav Wars that tore the country apart – through a complex ménage à trois between Blacky (Lazar Ristovski), a gregarious, anti-fascist, fearless Communist resistance leader; Marko (Miki Manojlović), a self-serving, duplicitous and slimy antagonist, and Natalija (Mirjana Joković), a stunningly beautiful, popular and opportunistic theatre actress who both men are in love with. While they start out as inseparable friends and fellow guerilla partisans, Marko tricks Blacky into an underground shelter and concocts an elaborate ruse in order to keep him there, while he steal his girlfriend, becomes an arms trafficker and gets wealthy, until all hell breaks loose. Filled with outstanding set-pieces, surreal splashes, lively ensemble cast, jaundiced world-views, carnivalesque atmosphere, unpredictable narrative arc, extraordinarily foot-tapping brass score and a profoundly heartbreaking finale, this was filmmaking at its most bravura, hyperbolic and unforgettable.