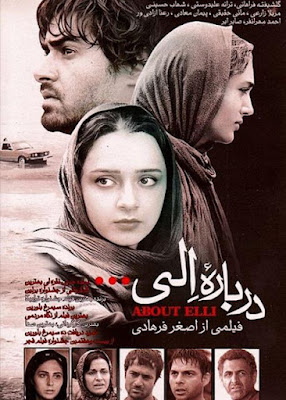 Upper middle-class morality, entitlement and hypocrisy – and the social capital they possess which allows them to conveniently switch between casually liberal and conservative dismay, and from self-centeredness to self-preservation – formed the crux of Asghar Farhadi’s brilliant, gripping, and fiercely cutting About Elly. In this superb reimagining of Antonioni’s arthouse existential classic L’Avventura – a premise that involved the ripple effects produced by a person’s mysterious disappearance during a trip – Farhadi provided as much a lashing commentary on the bourgeoisie as he did on the Iranian society, through a compact tale composed, constructed and delineated with striking formal and emotional precision. It began on a lively note with an exuberant group of upwardly mobile families from Tehran – old-time friends, their spouses and kids – who’ve come for a short vacation. Sapideh (Golshifteh Farahani) – who loves organizing and troubleshooting – has taken the lead in arranging the gate-away, including getting hold of a beach-side house on the Caspian Sea through some smart maneuvering. The carefree bonhomie aside, she also intends to use this opportunity to hook up her friend (Shahab Hosseini), who’s recently got divorced and is on a short visit from Germany – with shy, stunningly beautiful and quietly vulnerable kindergarten teacher Elly (Taraneh Alidoosti) who belongs to a lower social rung. This initiative is progressed, however, without either trying to properly know Elly or taking her fully into confidence, and hence when she suddenly disappears amidst the frolic, what was playful fun turns harrowing and devastating to the point of even potentially shattering some of the familial bonds. Tightly knit, marvelously enacted and bereft of non-diagetic sound, the way the film’s tone, mood and dynamics imploded was akin to an exquisitely crafted thriller.