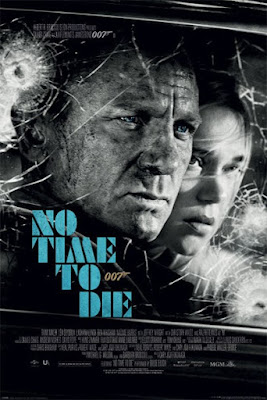 There are few absolutes in life, but one of those is the fact that Daniel Craig completely redefined James Bond. He provided the franchise – which had become staid, sagging and plain uninspired – with a dramatic fillip by replacing slick, over-stylized, blasé depictions of ubercool with a gritty, grimy and gripping palette, so much so that the first three (of the five) films starring him remain by some distance the best “Double-O 7” movies ever made and strong spy thrillers too. This tectonic shift was heralded by the exceptionally thrilling Casino Royale, and things were taken a notch higher in the brilliantly topical Quantum of Solace – my personal favourite of the lot – and the dark, visceral Skyfall. The curve, however, went south with Spectre, especially through introduction of a typically all-powerful, megalomaniac, sociopathic super-villain – something that Bond movies are overstuffed with, but which the above three had intelligently sidestepped – and that annoying facet was continued in No Time to Die. But, that aside, Craig’s last hurrah as a bruised, battered and beleaguered Bond – he’s decided to retire but his past inevitably catches up with him– was interesting, if uneven. Its first half, in fact, was spectacular – covering a mysterious flashback; a leisurely vacation with his fiancée Madeleine (Léa Seydoux) that gets explosively ambushed; a high tech robbery; an engaging, extended sequence in Jamaica involving a new 007 (Lashana Lynch), Bond’s final get-together with Felix Leiter (Jeffrey Wright), and a sassy CIA agent (Ana de Armas); his antagonistic reconnect with M (Ralph Fiennes); and an ominous but brief reintroduction of Blofeld (Christopher Waltz). The rather bloated second half and overlong climax featuring a tepid super-villain (Rami Malek), however, were big downers.