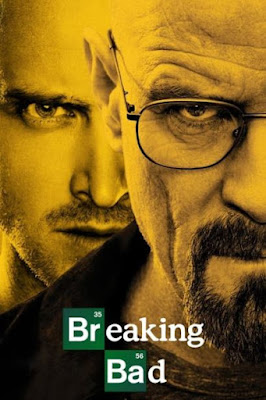 Breaking Bad possibly ranks – alongside Sopranos and The Wire – as one of the most acclaimed American crime TV series of the last few decades, in terms of both popular and critical consensus. Though it took time to garner viewership – its creator Vince Galligan, in fact, had to pitch the idea to multiple networks before being hesitatingly accepted by AMC – by the time it concluded its run of 5 seasons, it was among the most watched, discussed and awarded television shows of all time. The distracting fandom/hype surrounding it aside, it does remain a smart, compelling, brilliantly written and superbly realized show that slowly grows on one thanks to its original, unconventional storyline – albeit using a frighteningly real scenario as its springboard –; blend of multiple genre elements – crime, black comedy, family drama, morality play, Western –; a protagonist who one roots for even though he transitions into a fiendish antagonist; and interjections of ingenuity, dark undercurrents, ethical wranglings and violence into an otherwise deliberately paced narrative. The basic premise involved middle-aged high school chemistry teacher Walter White (Bryan Cranston) – bitter, proud, overqualified, underpaid and suffering from mid-life crisis – who, upon being diagnosed with stage-three lung cancer, gets into crystal meth production and distribution in order to pay for his treatment and secure financial security for his family. Cranston displayed a gripping screen presence, and was ably supported by a fine support cast – notably his headstrong wife Skylar (Anna Gunn); emotionally vulnerable meth addict and Walter’s partner Jesse (Aaron Paul) with whom he shares a complex relationship; incredibly capable DEA agent Hank (Dean Norris); deceptively vicious druglord Gus (Giancarlo Esposito); unctuous, resourceful and hilariously crooked lawyer Saul (Bob Odenkirk), etc.