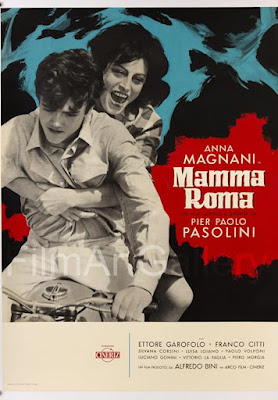 Pier Paolo Pasolini – the reluctant Catholic, firebrand Marxist and radical intellectual who defied conservative social mores and reactionary political views, and was murdered at the age of 53 – expressed his solidarity and empathy for the marginalized and the dispossessed with his revered second film Mamma Roma, as he’d done with his debut film Accattone. Made in the classic neo-realist tradition, it served as a grim, furious and unforgiving portraiture of post-War Italy – with ghosts of fascism still hanging in the air – as sections of people strive to move up the social ladder. A critic aptly mentioned that in his world – and definitely here too – “upward mobility is a descent into hell”, and this was conveyed through the aspirational journey of its titular heroine. Mamma Roma (Anna Magnani) is a middle-aged woman who wants to leave her days as a prostitute behind, and glide into a lower-middle class existence in a Roman suburb, with her driving force being to provide a “respectable” life for her teenage son Ettore (Ettore Garofolo). Her dreams, however, start coming undone when Ettore becomes infatuated with a promiscuous single mother (Silvana Corsini); befriends petty thieves; and Mamma’s former pimp (Franco Citti) starts blackmailing her for money. Magnani, the rare professional actor in a cast filled with amateurs, gave a magnificent turn right from the infectious opening scene involving a village marriage – where she’s at her vivacious, flamboyant best – till the tragic finale. Parallels, in fact, have been drawn by many with her shattering role in Rossellini’s Rome, Open City from 17 years back. A couple of bravura single take tracking shots – where the protagonist rambles on her eventful life while walking aimlessly – were particularly noteworthy.