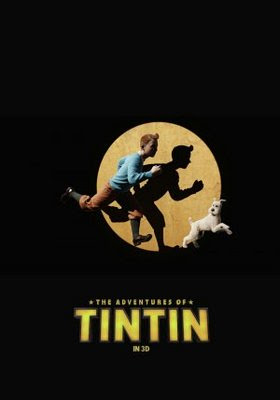 The Adventures of Tintin is a fine illustration of why Steven Spielberg is considered an apotheosis by movie-goers around the world. It would be easy to dismiss his live-action animation featuring the legendary and ageless Belgian journalist as a movie devoid of any great intelligence or cinematic depth or character arc. But, in similar veins to some of his other blockbusters like, say, Jurassic Park, it would be pretentious or dishonest of me to summarily dismiss it or ignore its undeniable entertainment-quotient. I’ve been an ardent fan of Tintin comic books right since when I was a kid, and that was enough to pull me to the theatre to watch its cinematic rendition. However, I was in for a surprise when, shortly into the movie I realized that, unlike my earlier understanding that Crab with the Golden Claws and Secret of the Unicorn have been adapted “as it is”, they have been fused into a single story by the director, with the finale of Red Rackam’s Treasure thrown in too. Though this angered the Tintin-aficionado in me, it was not difficult to appreciate the director’s genius at extracting the best out of the two disparate books and turning the ensuing storyline into a fun-filled adventure-soaked joyride. Spielberg once again displayed his adeptness at the technological side of movie-making, by making this a sumptuous visual splendour filled with enough brilliant animation effects, great set-ups and great editing, which, combined with the kinetic pacing and light-hearted humour, kept me thoroughly engaged. The sequence where the inimitable Captain Haddock animatedly chronicles the terrific duel between Sir Francis Haddock and Red Rackam, did bring fond back memories of the hours I’ve spent with Hergé’s immortal creation as a young boy.

Adventures of Tintin is completely absorbing to my 10 year old son. He loves the graphics, humor, and adventure. Parents like the fact that Tintin books are set around the world and bring the opportunity to learn about geography in a fun way. This is a book a 10 year old won't put down, and will read again and again. It would also be excellent for reluctant readers because of the comic stylel format.

Tintin does remain as one of the most absorbing books - comic or otherwise, ever written. Even though I too had read Tintin when I was roughly the same age as your son is now, I still fondly remember most of the stories, and even wish to re-read all the Tintin books despite having read each of them multiple times over.

Well put, "a fun-filled adventure-soaked joyride". Yes, was a very suspenseful film, but somehow for me the non-stop action was also a bit draining to sit through.

One of my favourite documentaries is actually about the author Herge, called Tintin and I (2003). Definitely recommended, if you are a fan. The doc is currently on youtube, I added a link at the end of my review/summary:

The non-stop action prevents one from thinking/pondering/deliberating - I guess that was Spielberg's intent right throughout :)

Thanks a lot for mentioning about the documentary. I most certainly am a Tintin fan, have been one since I was a kid. I'll go through your review of documentary & also watch the it soon.

I am a big Tintin Fan , infact would rather call myself a Tintin Purist and i was disappointed by the film specially the second half which I felt didn't have the essence of Herge's Tintin :(

Enjoyed reading Tintin too as a kid though I certainly wouldn't be able to remember which tale was which.

I didn't bother to see this, and am not in a rush. The live-actiony style of CGI motion-capture kind of weirds me out, and I really don't like the idea of Spielberg - who, at least prior to Indy 4 (which I also didn't see), clung to a sense of classicism and clarity in his direction of blockbusters - collaborating with Peter Jackson, whose aesthetic I consider sloppy and self-indulgent.

Well Joel, since you haven't seen it yet, I feel its a good thing you're not in any rush in seeing it anytime soon - the most worthwhile aspect about the film lied in its special effects - the only way of even remotely liking this film is to watch it on the big screen. That said, you really didn't miss much by giving it a skip.