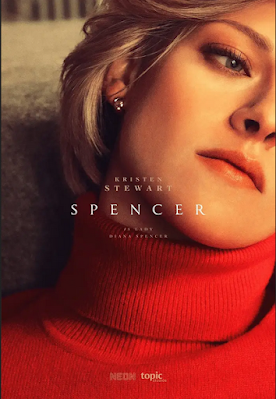 Two different creative personas – with strikingly different preferences and palettes – have come to inhabit Chilean filmmaker Pablo Larraín. One, who makes movies in his native language and country, is bold, brilliant, subversive, provocative, vociferously political and artistically dazzling; the other, who’s just ventured for the second time into English, is more sedate in his approach, more classical in his form, and despite the occasional bursts of political implications and undercurrents of provocative jabs, has so far preferred sombre, reflective, tightly-knit psychological dramas. Suffice it to say, I love the first Larraín; however, while I had mixed reactions to Jackie, I couldn’t help but start feeling some admiration towards his latter avatar as well upon watching his second tryst, Spencer (though, admittedly, the gap is unlikely to ever be bridged). Interestingly, both films steadfastly focused on emotionally wrangling and definitive episodes in the lives of two famous women who were also pop-culture icons. It chronicled an intensely personal odyssey of Princess Diana over three turbulent days during the winter of 1991 – Christmas Eve, Christmas and Boxing Day – where she must battle through intense self-doubt,  near nervous breakdown, loneliness, claustrophobic environs, intrusions into her personal space, and frosty-beyond-repair relationship with her royal husband and mum-in-law, for undergoing self-discovery and in turn breaking free. Despite a few clunky moments, the film was noteworthy for Larraín’s willingness to not be bound by either historical realism or puritanical propriety, and arguably more so thanks to the enchanting Kristen Stewart’s fabulous turn in the titular role of the fragile, troubled and fiercely alive protagonist. And now one wonders which famous and alluring woman Larraín will focus on next to complete his purported trilogy.