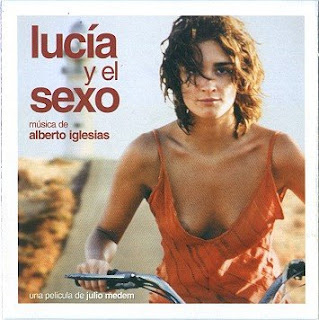 Sex and Lucia is in the veins of classic European arthouse movies – it has a very lazy pace, it explores deeply psychoanalytical issues and is unabashedly promiscuous. Anyone watching the movie solely for its erotic content might be in for a jolting; its mind-bending plot where the line between facts and fiction often gets blurred, and its decidedly mournful tone and gloomy atmosphere is quite likely to make the movie a not so pleasing watch for the casual viewers. The tale of a serendipitous love affair between a writer and a waitress soon turns into a fragile journey of self-exploration and desperate albeit futile attempts to come to peace with one’s relationships, memories and existence. The film has employed the use of multiple flashbacks, vivid imageries, natural lightings and complex psychological explorations to bring forth its theme of guilt and isolation. The movie might seem to drag at times, the narrative might be too meandering at occasions, and the acting might not be top-rate; fortunately that is more than made up by Paz Vega who has played the role of Lucia – her passionate performance has made this strikingly attractive lady an actress to look out for.

Yeah me too. My intent was same as yours when you watched it the first time. But I was really surprised to find the movie not at all like what I'd imagined it to be. Its indeed a difficult watch, but worth the effort. As for Paz Vega... wow!!!

Yah, its a fucking great film! Puns apart, the level of psychoanalysis and dreamy montage it had created with the two different storylines, having a common bonding thread, is exceptionally well-treated without making the audience too confused, as to where the movie is going. And, there are special sequences to spice up the drag parts!

:D Hell yeah... Jokes apart, this was indeed quite a complex movie - in terms of narrative as well as the psychoanalyses. And yeah, as you said, the director pretty much ensured that nobody gets bored ;)