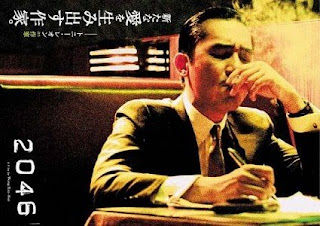 auteur Wong Kar-Wai continued his enthralling tryst with unrequited love and loneliness with 2046. A loose sequel to In the Mood for Love and with passing references to Days of Being Wild, 2046 could easily be one of Wong Kar-Wai’s most challenging projects. The movie has two simultaneous timelines – one in Hong Kong of the late 1960s where a young, struggling author (played with devastating effect by Kar-Wai regular Tony Leung, one of the finest actors of his generation), upon getting rejection in his first (and true) love, has become a severely detached individual and a serial womanizer, and spends the days leading to each year-end with a separate woman; and in 2046, where nothing ever changes and which happens to be principal motif of the author’s stories. Arresting cinematography by long time collaborator Christopher Doyle, exquisite production design, and a lazy yet rapturous narrative, have managed to capture the beauty and sadness lingering in dinghy hotel rooms and narrow staircases, and have helped make this existentialist romantic drama-cum-pseudo sci-fi movie an engaging poem to the lost souls of the world.

I have very fond memories of this movie. The first WKW film I had seen, and one of the first foreign films I encountered. I had spent considerable amount of time reading about them. So when I saw this movie sometime in 2005 and, since then, don’t know many times I must have revisited the year 2046. It still has the magic to form an everlasting bonding or regret. The text gives the film its narrative, the music its heartbeat, the visual its beauty and when it comes together the mise-en-scene is expressive beyond belief.

I had read that Truffaut memorized or knew by heart the dialogues of The Raven; I could do the same for this movie. This is not my favorite WKW movie but definitely the most cherished one, maybe, like we have our first love. The bonding may not last forever, but the moments, the time, and the days will remain.

Wow, there's so much nostalgia and memories you have for this movie. Yeah, I do completely appreciate the fact that a movie or book or a song can have such a special place in one's life, for various reasons. And the fact that this is an exceptional piece of work, has, I guess, made the movie that much more special for you.

Here's a request. Could you briefly differentiate between mise-en-scene & montage? I've read about them a number of times, but I always end up getting confused after a few days of have read about them.

Robin Wood summed it up well in one of his first published articles (it appeared in DEFINITION 3 in 1960): "A director is about to make a film. He has before him a script, camera, lights, decor, actors. What he does with them is mise-en-scene, and it is precisely here that the artistic significance of the film, if any, lies".

Well a collage of shot to give rising to a meaning. Usually, from what I understand mis-en-scene precedes montage which does come during the editing process.