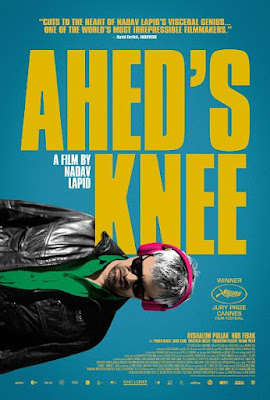 Nadav Lapid’s Ahed’s Knee was angst-ridden, provocative, coruscating, and combative to the point of being a vitriolic tirade at times, further amplified through impulsive narrative movements, staccato editing, and jarring, stylized camera work that can get on one’s nerves. But, that said, it was also an intensely semi-autobiographical and a politically radical work, with its lashing takedown of Israel’s proud apartheidism, militarization, otherization of Palestinians, censorship, and in turn Godardian illustration of cinema being a political manifesto rather than just an artform. Its form, therefore, was defined by its agitprop stance, which made it both assaultive and oppressive. Y (played with seething fury by Avshalom Pollak) – a celebrated and controversial filmmaker, and stand-in for Lapid himself – is in the casting stages for his latest feature which is inspired by the fearless Palestinian activist Ahed Tamini, who created a furore in the settler colonial state by slapping an Israeli soldier on camera. While in the midst of that, he visits an arid little town in the Arava Valley where his previous film is being screened. His hostess is the coquettish Yahalom (Nur Fibak, in a turn filled with sly ambiguity), an official with the Ministry of Culture and vociferous admirer of Y’s filmography, who flirtatiously instructs him to abide by government-sanctioned and pro-state positions during his address to the attendees. He of course has no intentions of toeing the official line, and consequently forms an ambivalent relationship with her while reminiscing his damaging memories from his compulsory military service days and veering towards bold individual resistance. The film’s episodes – many taken directly from Lapid’s own experiences – were filled with courage, urgency and anguish, even if they were overwrought on occasions.