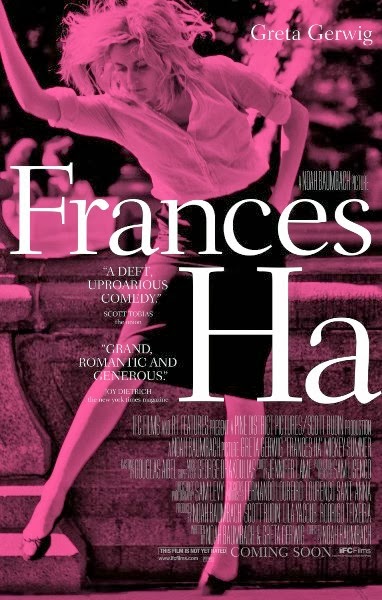 Baumbach’s previous film Greenberg marked the beginning of his professional and personal association with actress Greta Gerwig, and that reached a delectably idiosyncratic, whimsical and heartwarming level with Frances Ha. Made in striking B/W, the film seemed a toned down elder cousin (since this released earlier), in terms of cynicism and bitterness, though not in terms of failures, disappointments and aimlessness of the protagonist, of Coen Brothers’ Inside Llewyn Davis, and was also reminiscent of Woody’s NY masterworks; though a highly personal work, it also provided a lovely ode to the mad rush and poetic nuances that define the Big Apple. The crisply timed film focused on the 27-year old Brooklyn resident France (Gerwig), a beautiful, impulsive, charming, intelligent, vibrant and neurotic girl-woman who hopes to be a famous dancer one day. Her barely controlled and delicately balanced life, however, goes spectacularly downhill – both emotionally and financially – when her best friend Sophie (Mickey Sumner) moves out of their apartment in order to be with her boyfriend. Since she can’t sustain in a place alone, she moves in with the dandy Lev (Adam Driver) and the friendly Benji (Michael Zegen), finds her prospects of permanently joining the dance troupe she’s interning with rapidly diminishing, and moves more and more towards hopelessness and disillusionment. Yet, for all its bleak theme, it retained a tone throughout its length that was uplifting and optimistic, and the effortless marriage of this seeming dichotomy made this a melancholic, affecting and exuberant watch – aided in no small terms by the rambling yet emotionally engrossing narrative, sparkling photography and an incredibly assured turn by lovely Gerwig.

Wonderful review of a film I like quite a bit Shubhajit! Gleaming black and white that does indeed wistfully chronicle a melancholic yet exuberant and wholly irresistible story. Gerwig is terrific.

That's two contemporary black/white films in a row for you(with Nebraska), are you going for a hat-trick? :)
Agree story was bleak in places, yet also uplifting. Frances character was a bit similar to Ben Stiller's character in Greenberg, but the scene with Bowie's "Modern Love" playing, and Gerwig running down the street is quite wonderful and raises the spirits.
I also liked the somewhat ironic use of the song Every 1's a Winner by Hot Chocolate. A film I will be rewatching for sure.

Thanks Sam. Yeah, this is a deceptively brilliant film, and an exquisite portrayal of urban neurosis.

Haha, well, that wasn't really planned :) But, on a more serious note, I really love B/W. I'm yet to watch Greenberg (Squid & the Whale is the only other Baumbach that I've seen), but its on my radar.