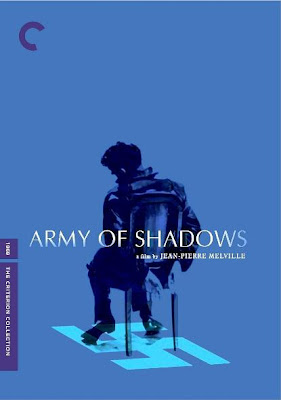 Army of Shadows, Jean-Pierre Melville’s follow-up to his LesSamourai, remains, along with the latter, as his most internationally famous work. Adapted from Joseph Kessel’s semi- autobiographical novel of the same name, this remains as one of the finest movies on the subject of World War II, and more specifically, the role of French Resistance during the war. The fact that Melville was himself a part of the Resistance during his youth, added layers of eerie realism to the proceedings. The somber, moody and hauntingly beautiful film is about the world-weary members of an underground Resistance group fighting the Nazis, and more importantly, striving to prevent capture by, and the ensuing torture at the hands of Gestapo. A number of characters have been wonderfully delineated with Philippe Gerbier (Lino Ventura), a high-ranking member of the clandestine group, being the principal protagonist of the storyline. The film was notable for director’s refusal to take any stance regarding such topics as heroism and morality, making it all the more frighteningly real – the clumsy and cold-blooded murder of a young turncoat was one of the most chilling sequences imaginable, as was the clinical execution of a revered member for having fallen into the German hands. The Nazis, in fact, occupy very less screen-time, as the focus here was on the psychological toll on the Resistance fighters, their intense alienation and the difficult moral choices they oftentimes need to make. Brilliantly photographed in soothing blues and superbly enacted by the cast, this taut, quietly engaging and deeply fatalistic film provided a disconcerting window into the otherwise romanticized world of the French Resistance.

This along with the two color films that surround it are absolutely essential. Melville was firing at all cylinders during this period. If he had more money to make Un Flic like he was accustomed too, then that final movie would of probably been a masterpiece as well. Second Breath should also not be ignored... part of the big three with Clouzot and Becker when it comes to French noir.... M.Roca

Indeed, and let us not forget Malle - though a one-off, but he gave us the fabulous noir Elevator to the Gallows! This was only my third tryst with Melville (the other two being Le Samourai & Bob le Flambeur) - need to watch the ones mentioned by you. Thanks Maurizio for sharing your thoughts.