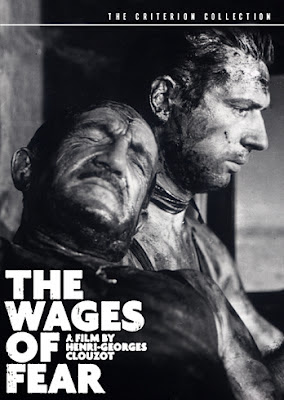 Henry-Georges Clouzot, referred to by many as France’s reply to Alfred Hitchcock, attained international stardom upon the back-to-back release of The Wages of Fear and Les Diaboliques. Universally considered amongst the suspenseful and most pulsating thrillers ever made, the film was set in an impoverished village in an oil-rich Central American country – suffice it to say, the US has a controlling presence there in order to extract the resources. The town is populated by a number of near-broke foreigners desperate to flee from the country, and for that they need money. Hence, when the oil company announces its need for four expert long-distance drivers in order to transport nitroglycerine, a highly volatile explosive, and offers 2000 dollars for the same, the response is emphatic; the four who ultimately get the job are, Mario (Yves Montant), a young French speaking Corsican, his Italian roommate Luigi, a laconic German called Bimba, and Jo (Charles Vanel), an middle-aged ex-convict Frenchman. The initial third of the film, which is used to introduce the characters and set the context, might seem slow given the reputation that precedes the film, but once the journey starts there’s no looking back. The journey on two dilapidated trucks, through some of the most treacherous terrain imaginable, in sweltering climate, and carrying the incredibly deadly cargo, doesn’t just call for skills, presence of mind and resourcefulness of the highest order, but also dollops of luck, and this made for a hellish and nail-biting ride – for the characters who are taken to the edge of their sanity, as well as for me, the viewer.