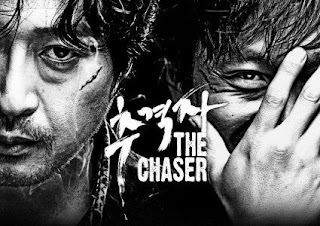 First feature of Na Hong-Jin, The Chaser is a compelling thriller that nearly any debutant director would happily have in his resume, more so if he’s a Korean given the gut-wrenching plot and onscreen violence. The director must have taken a leaf out of Park Chan-Wook’s masterful Vengeance Trilogy while making this psychological cat-and-mouse struggle between a former cop turned pimp and a dangerous psychopath who’s proving to be a thorn in the former business (murdering prostitutes belonging to his stable, i.e.). Interestingly, the ex-cop doesn’t just have to run against time to catch the elusive serial killer, he also has to fight nearly insurmountable obstacles in the form of ludicrous bureaucratic hassles as well as the strained relationship with his former colleagues. True to its name, the movie has some tremendous chase sequences through various dimly lit narrow by-lanes of . Unabashedly violent and extremely addictive, the movie is sure to have one glued to the screen till its bloody climax. Taut screenplay, impressive acting and glossy production values have made this a dark, frantic, gripping and an utterly watchable flick.

hmm ... I could have written this review, but I would have concluded it with 4 and 1/2 stars. I really enjoyed this film, the ex-cop's performance was tough, funny and real. He took me along on a great ride.

I know this is kind of far behind you now, but do you recall what it was that caused you to knock off a star and a half? Was it the hoaky coincidences of some of the script?

I liked the movie, but honestly it didn't provide the kind of exhilarating feeling that a 4.5 star movie would. I agree the ex-cop's performance was good, and played a major role in making the film watchable and even enjoyable. But the remaining characters were all one-dimensional. The narrative was good but not spectacular.

In fact I often rate a movie based on my gut feeling - how it impacted me or perhaps how it grew onto me. The Chaser was dark and gripping - the kind of which I like. But somehow it didn't have the psychological depth or technical virtuosity to stay with me for a long time.