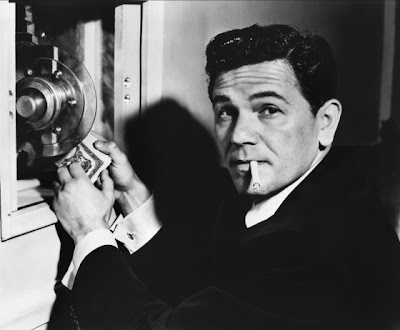 Film noirs are famous for blurring the lines between good and evil – there are no classical “heroes” in the dark world of noirs. Force of Evil, though not as well-known as some of its peers, remains a stunning film noir nonetheless for its bleak, gripping, bitter and seedy depiction of life in post War-Big Apple, and an excellent apotheosis of the above truism. John Garfield, in the best role of his career, provided a tour-de-force performance as Joe Morse, a cynical, corrupt, self-serving and gold-digging lawyer who works for the numbers racket. He has come up with a brilliant plan that, by playing on people’s superstitions, will help in making the operation of mobster Ben Tucker (Morse’s employer) legal, while also earning him his first million-dollars in the process. However, the only catch of his ploy turns out to be his good-natured elder brother. And, as is common in this world of grime and greed, when things start going wrong, they do so in spectacularly devastating fashion, bringing about his nerve-racking fall from grace. His only salvation turns out to be a naïve young girl who he finds himself falling for. Ironically, the careers of director Abraham Polonsky and Garfield too suffered misfortunes soon after the movie’s release for their suspected Leftist leanings.

Force is a nice piece of literary adaptation. I've just read the source novel, Ira Wolfert's Tucker's People, and in that Leo's brother [Joe] and Tucker's lawyer are two different people. By merging them, and giving Joe the love interest the lawyer distractingly acquires late in the novel, Polonsky and Wolfert bring the drama into sharper focus. The writing sometimes gets pretentious in the movie, but it's still a great film noir.

I haven't read the source novel, but from what you've said it appears Polonsky made some inspiring choices for the film adaptation. The movie's impact and profundity would probably have been lost had the lawyer and Leo's brother not been the same person. Perhaps I should read the novel sometime in order to fully appreciate the points of convergence & divergence between the two. Thanks a lot Samuel for stopping by and sharing your insights on this wonderful noir.